Testa did not start advocating fish-free omega-3 yesterday. Our founders Guido and Martin already started the fight against unnecessary fishing for omega-3 over ten years ago. We have since become market leader in the Netherlands and the team has expanded considerably to spread our healthy and fish-free message all over the world, like an algae oil slick

How it all started

In 2005, employed by a large producer of baby food, Guido Evers researched the added value of omega-3 fatty acids for the development of children. That study showed that fish oil was not suitable for baby food, because it was too contaminated and the quality was not consistent enough. He came into contact with algae as ‘the source of omega-3’. Everything fell into place for him when it turned out that algae oil is better than fish oil in many ways: Algae oil is richer in omega-3, so you need less. Algae are grown on land, so no ocean pollution with heavy metals and other toxic substances. And by extracting omega-3 from algae, there is no need to catch fish. That’s where the biggest gain is.

More than 90 million kilos of fish are caught in the world every year. Overfishing threatens our oceans. The entire ecosystem becomes unbalanced as a result of this overfishing of the food chain. With disastrous consequences for people and planet. Currently, about 25% of the worldwide fish catch is used to extract essential omega-3 fatty acids. Together with Martin de Vries, producer of various supplement brands, he sees the answer to this flaw in the system in algae oil. After much development and with the support of the VNO-NCW Biodiversity, Ecosystems & Economy platform, the first Testa Omega-3 product was launched in 2011.

As a brand with a mission, Testa has now become market leader in the Netherlands. In addition to a replacement for fish oil, a replacement for krill oil has also been developed. Vrill contains all the goodness of krill, extracted from algae oil. Efforts are also being made to develop other fish-free food products from vegetable sources.

Part of a bigger whole

Testa Omega-3 is a brand of Dutch R&D organisation Wellness Innovations (WIINC), founded by Evers and De Vries. WIINC believes in technological innovation and is committed to research and development of high-quality fish-free food, health and beauty products. They fight to maintain a healthy fish population and improve the quality of the oceans.

In addition to Testa as a fish-free health & food brand, the Daily Supplements brand was launched in 2019, with a focus on plant-based health & beauty products.

In 2020 WIINC launched the brand Vrill Omega in the US, as a high-quality alternative to krill oil. All WIINC brands are aimed at people who pursue a healthy lifestyle while taking good care of the environment.

Our 3 bestsellers all have their own specific effect.
Whichever Testa product you choo/nl/producten-overzicht/se, you always choose a fish-free for a fish-free and 100% vegetable alternative. 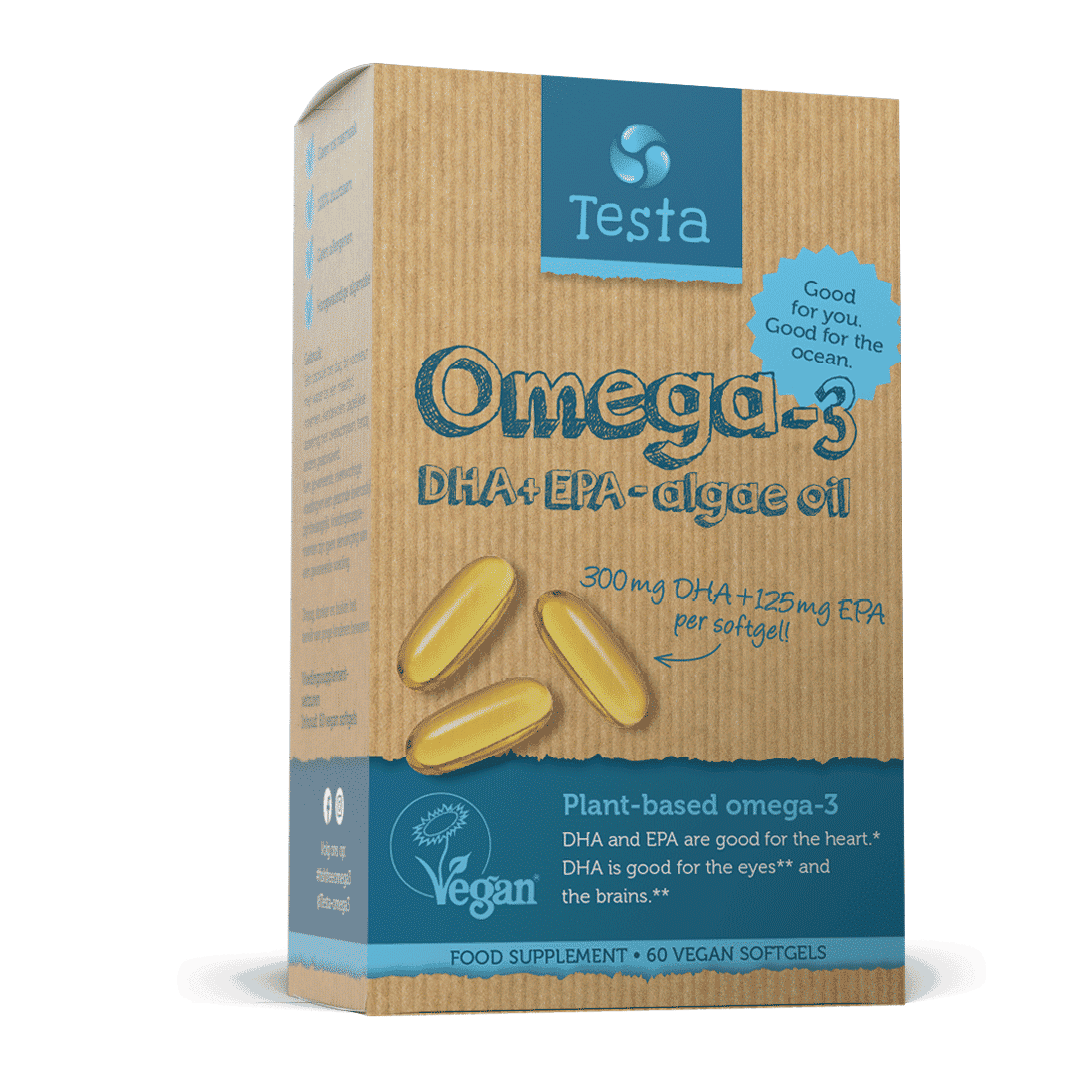 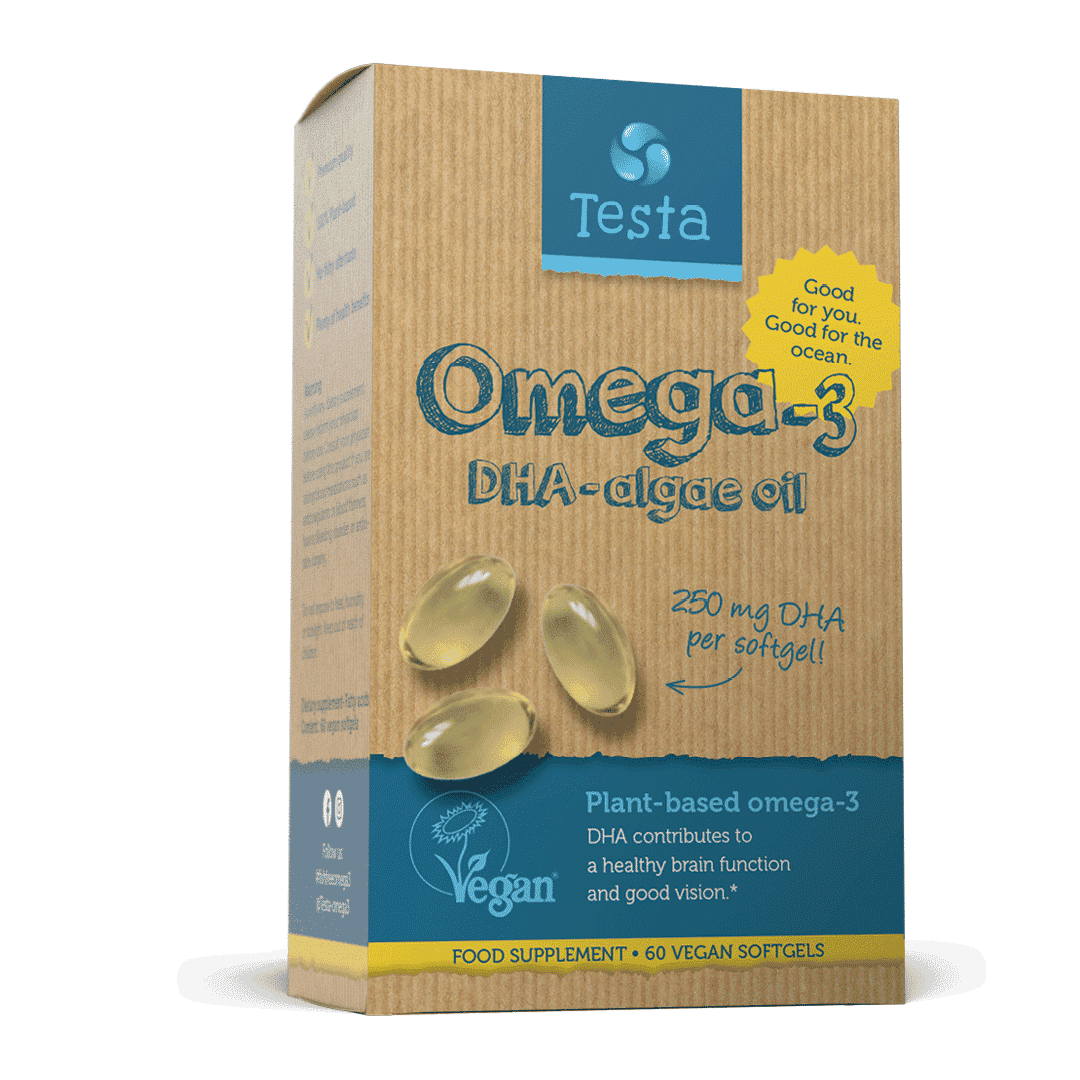 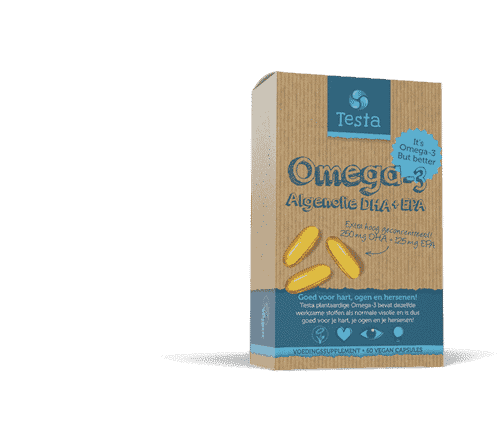