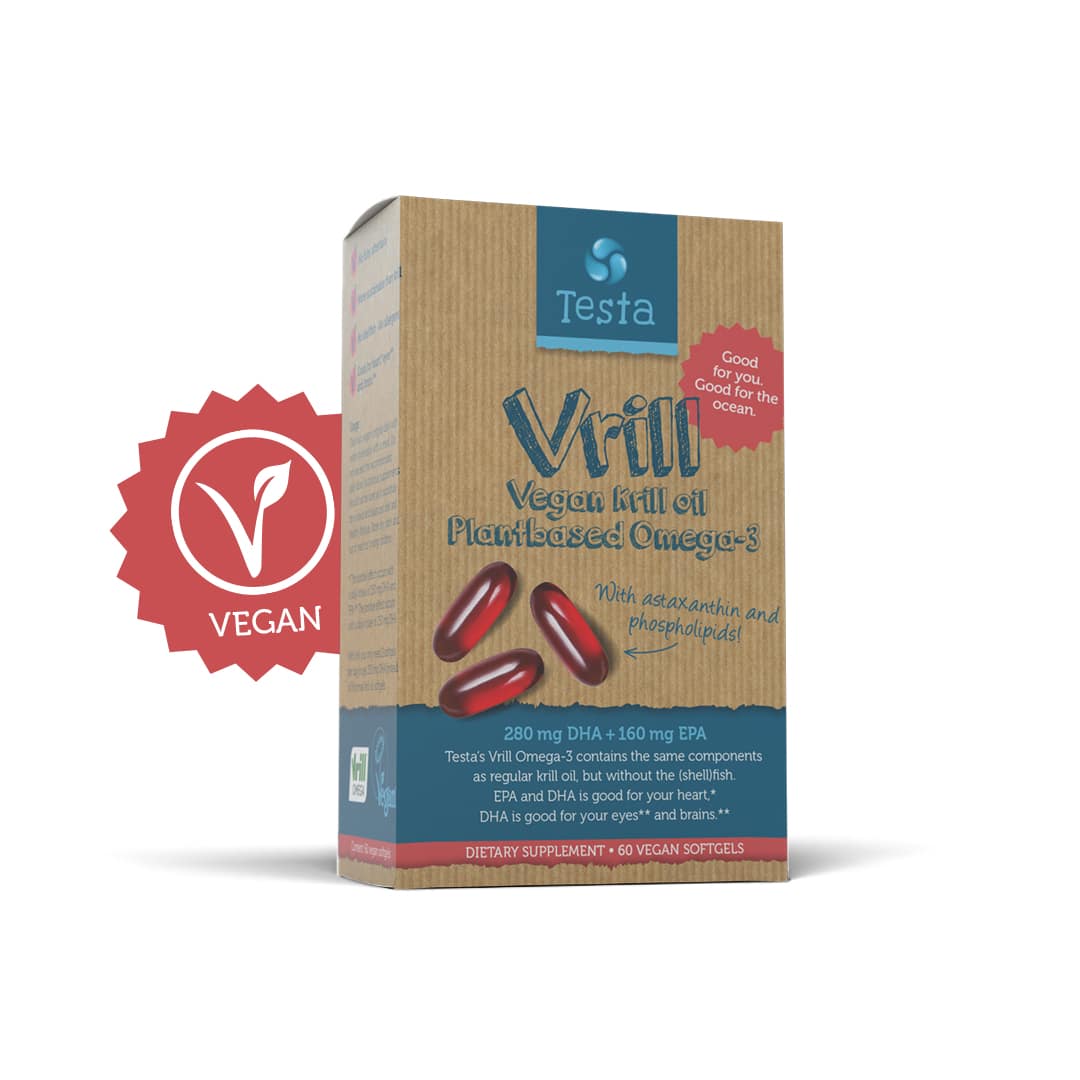 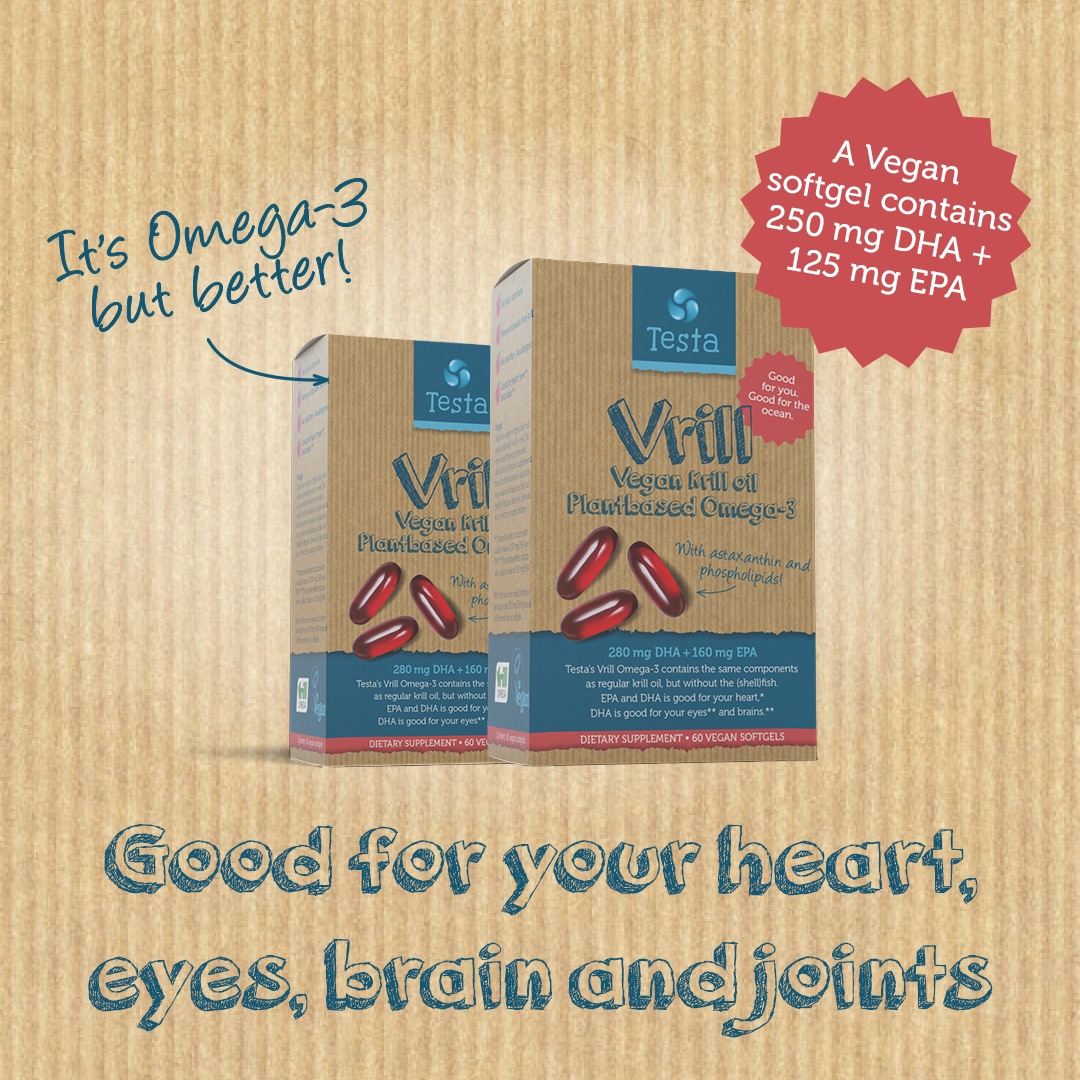 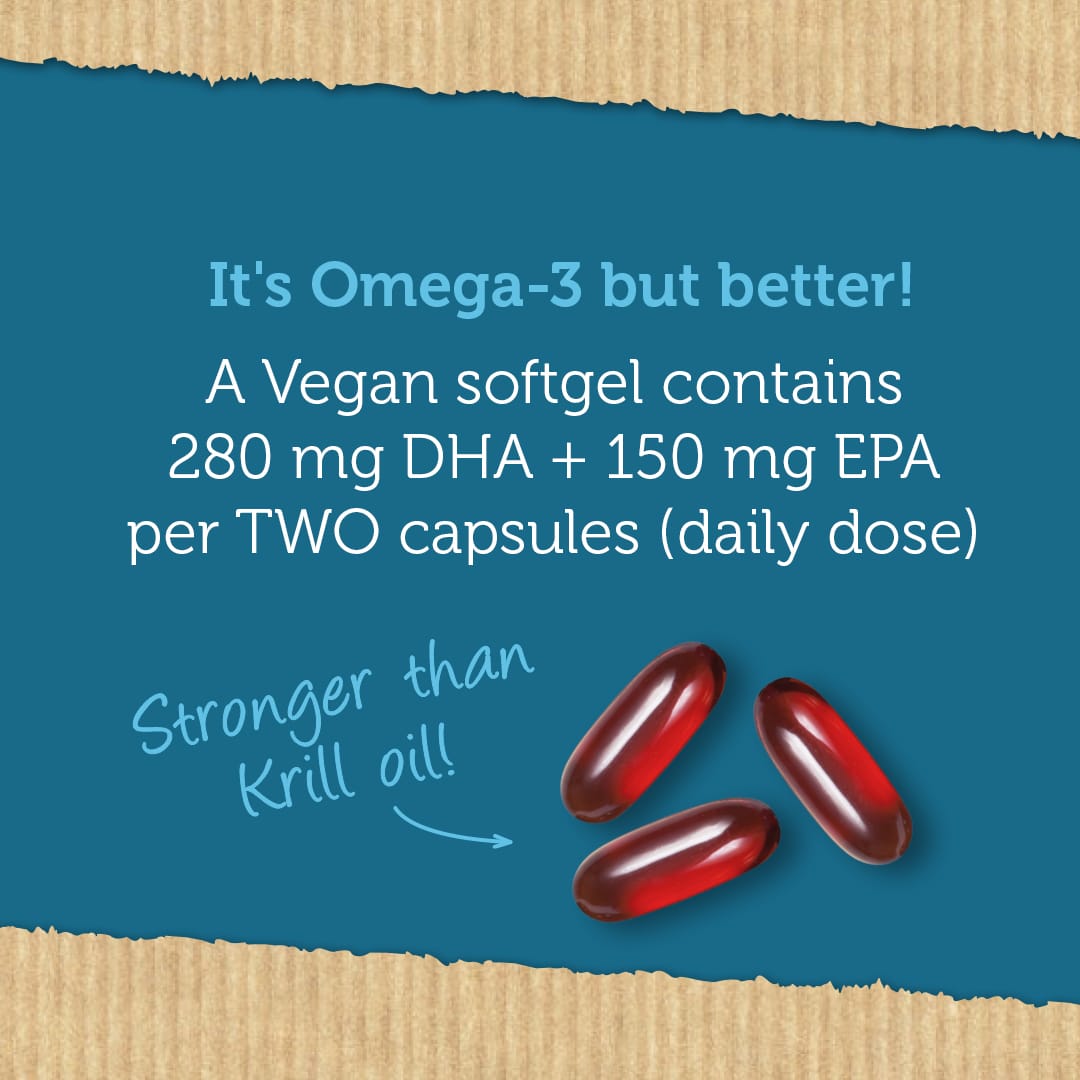 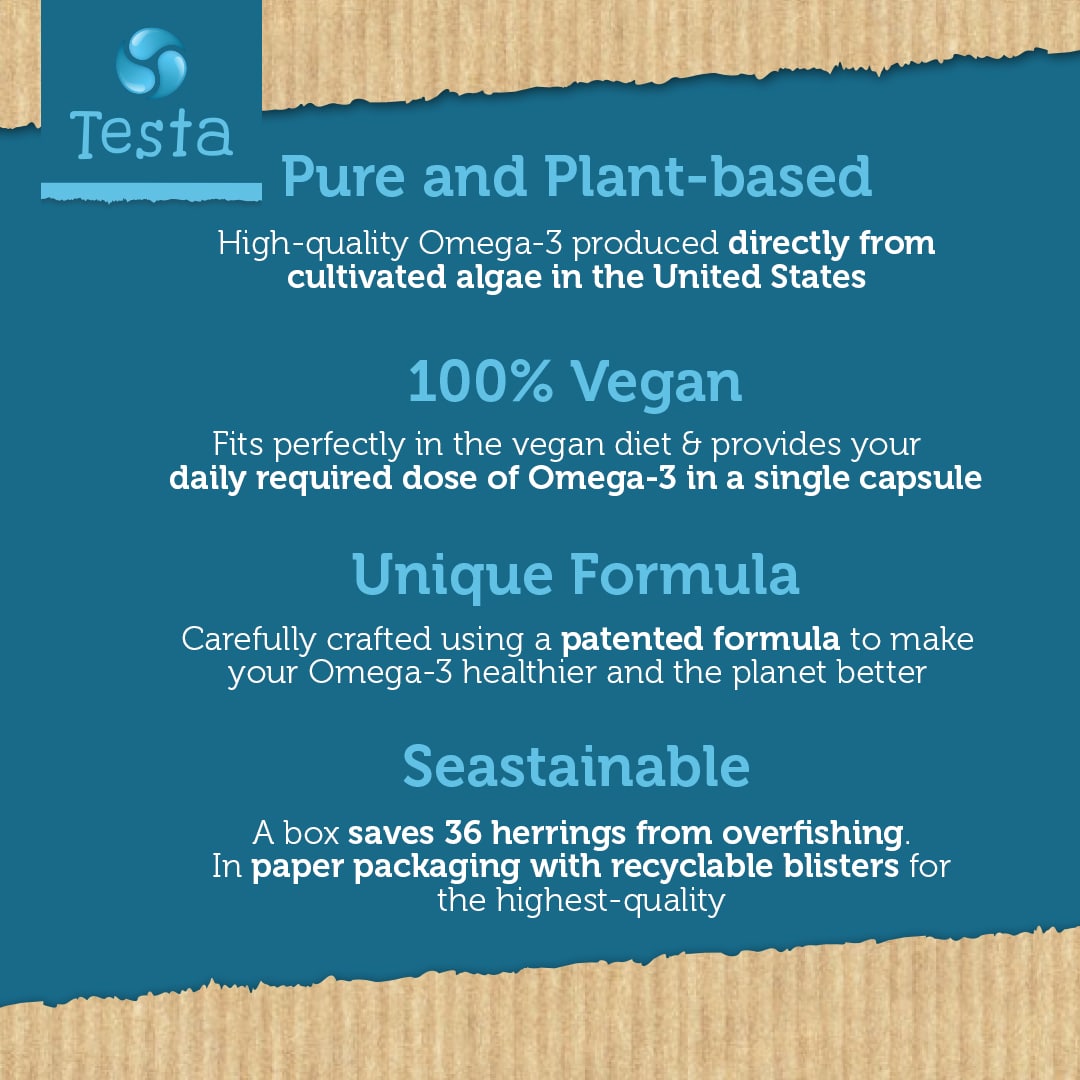 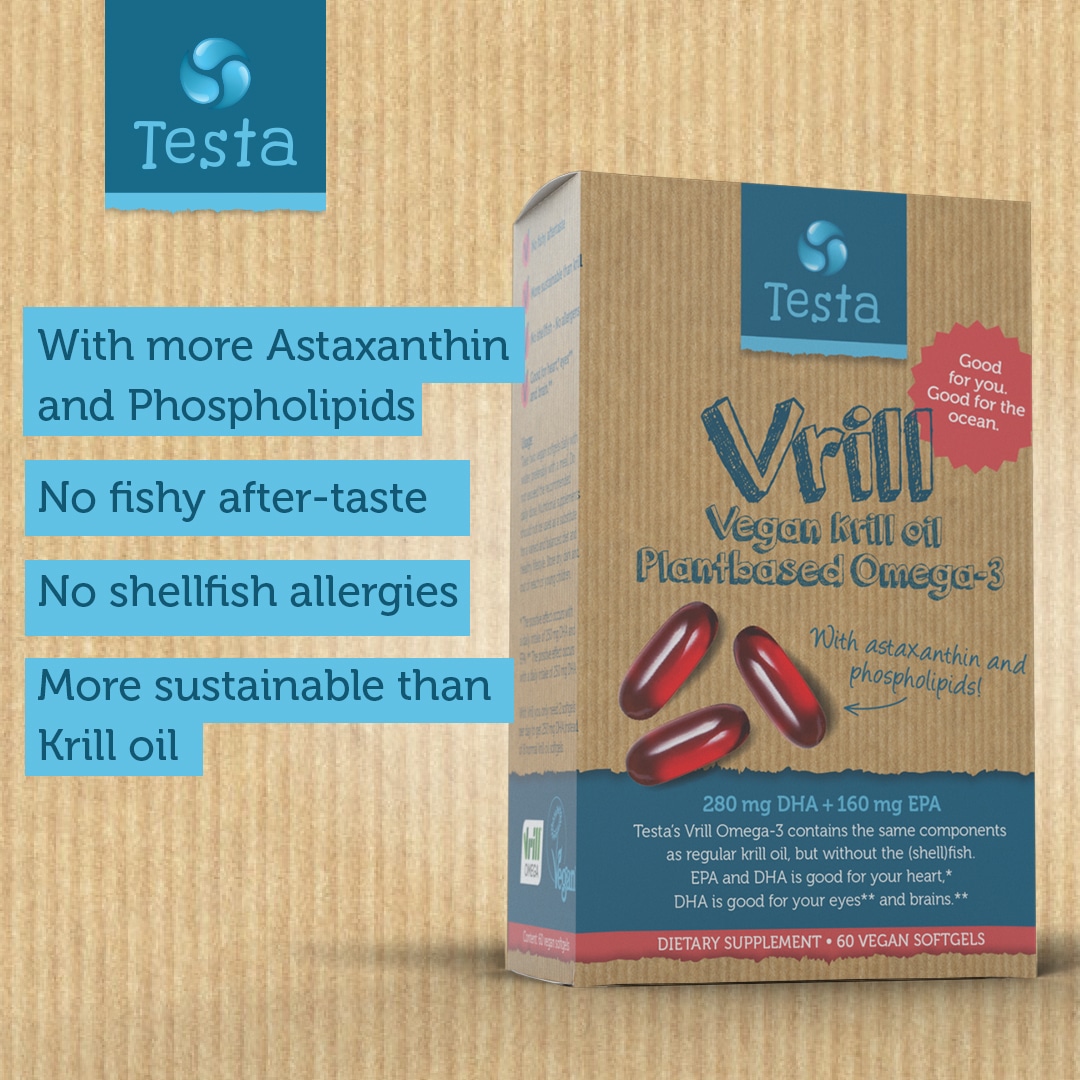 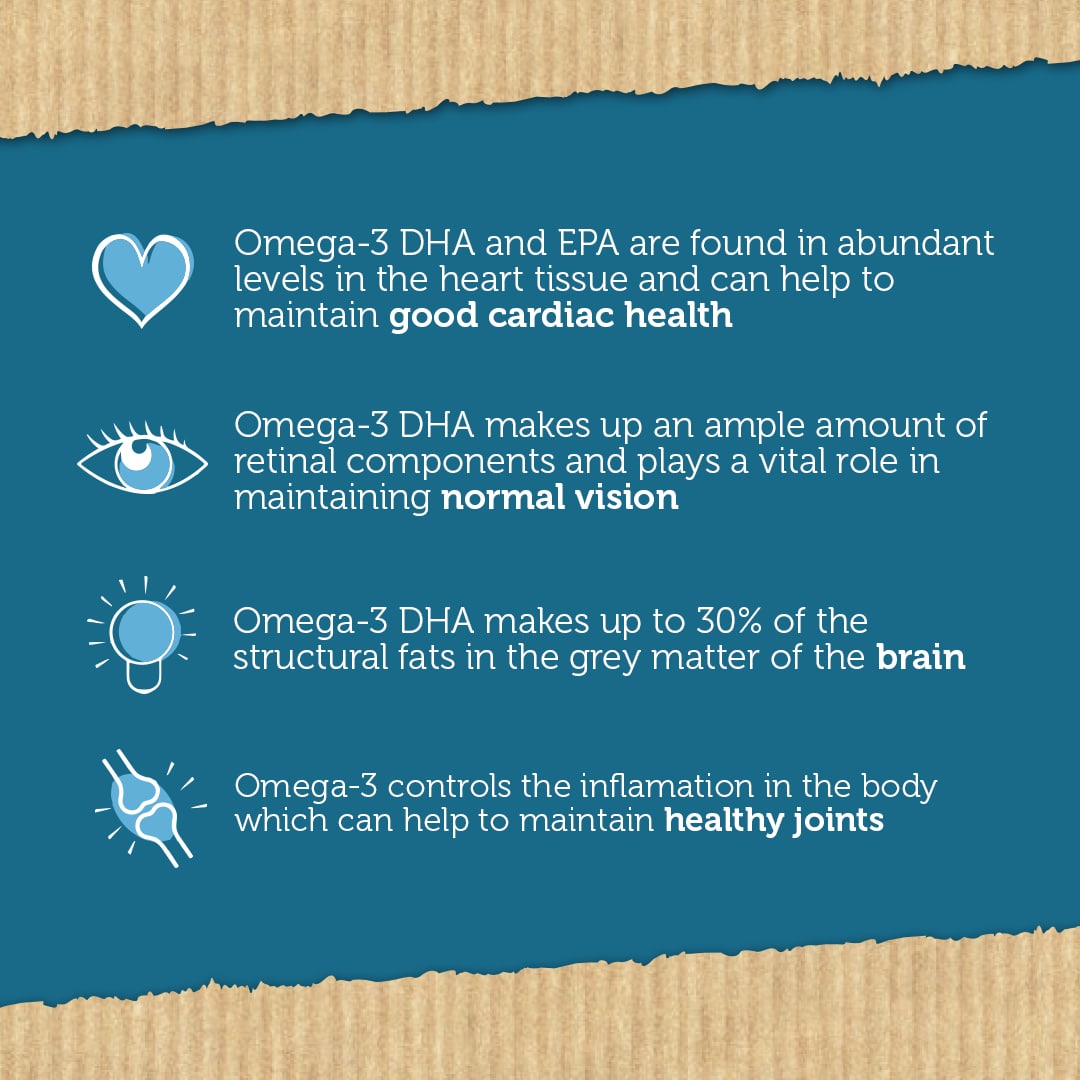 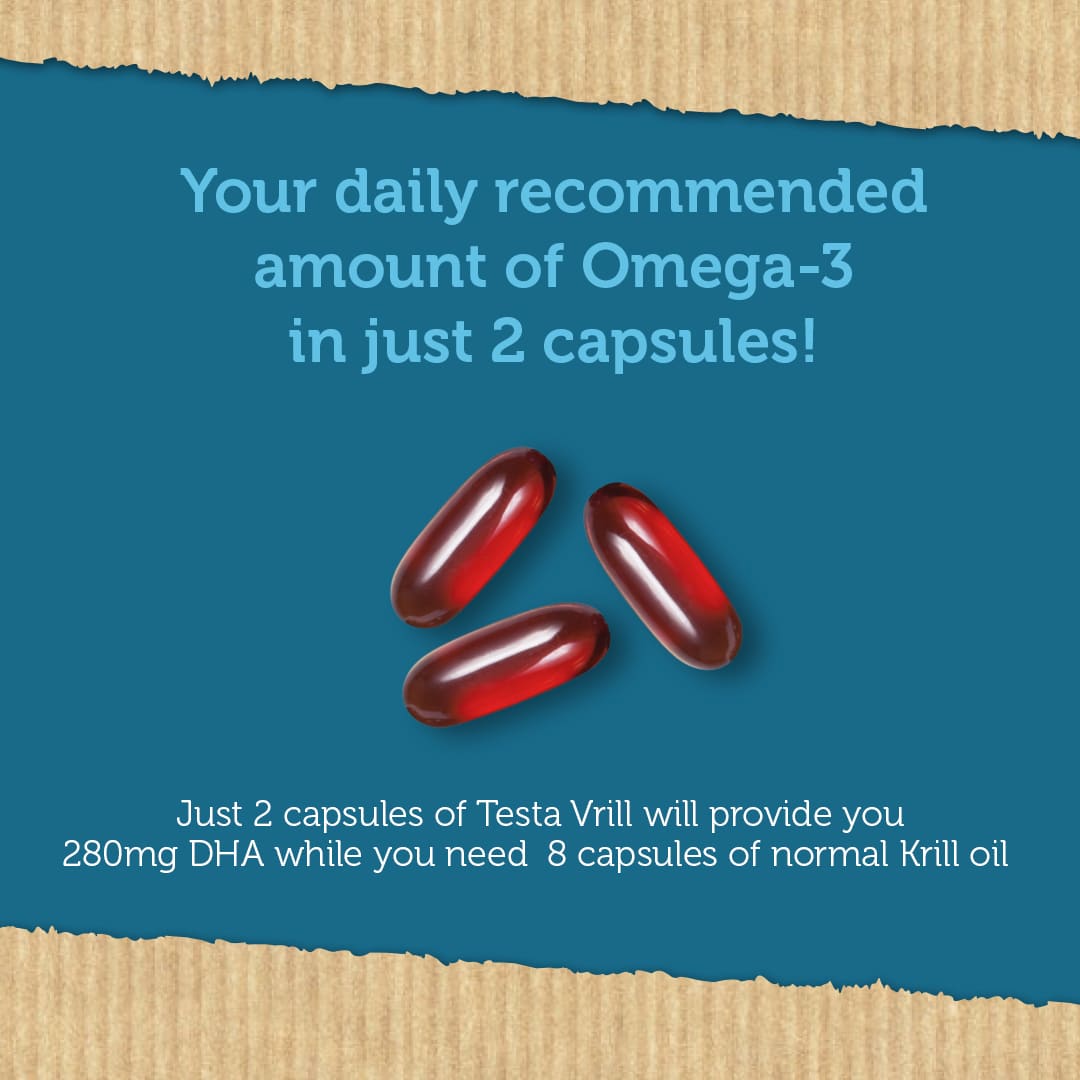 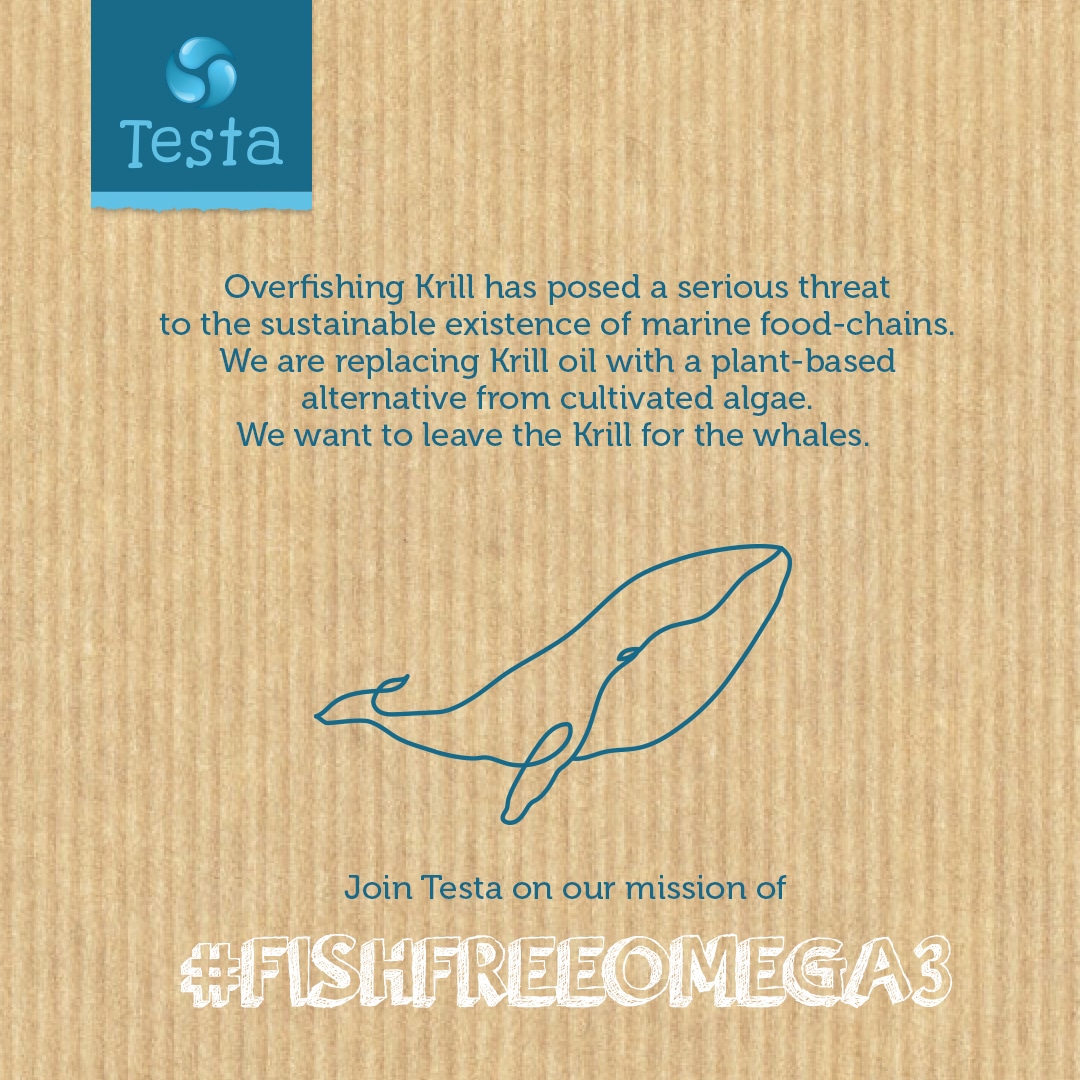 Can be canceled at any time. No extra costs.

Free shipping - Ordered before 11am? Shipped the same day! (Mon-Fri)

Contains the same active components as krill oil, but made from plants instead of crustaceans.

With our advanced patent-pending technology, we have succeeded in creating a vegan capsule that contains twice as much vegan Omega-3 EPA and DHA, 50% more phospholipids and 6 times more astaxanthin than any standard krill oil capsule. (Standard is 500 mg krill oil capsules)

DHA is an essential omega-3 fatty acid. It is an important building block for the brain and is good for vision.

Vitamin D3 has a positive influence on the immune system of children. It is also important for building strong bones and teeth. *The benefits are achieved with a daily intake of 250 mg DHA.

The microalgae Schizochytrium sp. is cultivated in sterile fermentors under controlled conditions. Since there is no impact of ocean pollution, the oil is free of heavy metals (such as mercury), dioxins and PCBs commonly found in fish and fish oils.

The result is a 100% vegetable and very pure omega-3 supplement. This high concentration of essential fatty acids from a pure and plant-based omega-3 source is very valuable for the brain, eyes and heart. That makes Testa Omega-3 not only better for the oceans, but also better for you.

It's Omega-3 But better!

Dosage (children over 2 years and adults)

To support health in combination with a healthy diet, we recommend 2 capsules daily. 2 capsules of omega-3 per day is equivalent to eating fatty fish 4 times per week. In some cases therapists recommend larger quantities.

Taking the supplement with meals containing fat is better for absorption. More of the omega-3 gets into your ‘system’ and more stays behind in your body over time when you take the algae oil with a meal.

However, if you experience belching after taking the algae oil, we recommend taking it before a meal. The food ‘helps’ the capsule find its way more quickly into the stomach.

You can also choose to cut open the capsule with scissors or a knife or pierce it with a needle. You can mix the oil with a coconut or almond drink, lemon-flavoured yoghurt or a smoothie with banana and almond milk. In such liquids, the oil mixes well and the taste is neutral.