… and what is the wisest choice?

There are many different types of omega-3. The best known are ALA, DHA and EPA. More and more attention is being paid to the unknown brother Docosapentaenoic acid, DPA. All these fatty acids support different functions of the body. They are all essential fatty acids. This means that the body cannot make them itself from other fatty acids, although the body does need them to function normally. It is therefore necessary that you get them through your diet, but how? 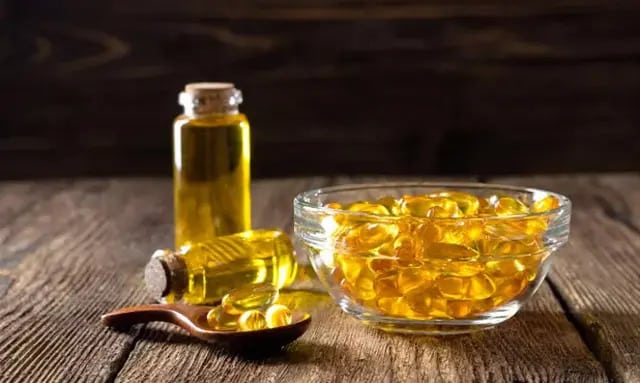 What is the advice from the experts?

If you are reading this article, the importance of omega-3s to your health is probably clear. What you want to get clear about is which source of omega-3 is best. Doctors and institutes such as the Health Council of the Netherlands generally recommend eating fatty fish (at least) once a week. That corresponds to about 250 mg EPA and DHA per day. At the same time, scientists warn not to eat fatty fish too often, because you will then ingest too many toxic substances from the ocean. And farmed fish contains a lot of antibiotics. Since fish are overfished, you have to ask yourself whether you want to eat fish at all. The more fish we eat, the faster the oceans empty. Supplements are then the best option. This is especially true for people who don’t like fish or who have a predominantly plant-based diet. You don’t need fish for omega-3s, as they are made from algae.

Factors to watch out for when choosing an omega-3 supplement.

Supplements are better than oily fish’ is perhaps a bit short-sighted, as there are big differences in the huge range on offer. Will you choose fish oil or algae oil? To help you make the right choice, we try to provide a comparison below as objectively as possible* on the basis of a number of factors.

Pay close attention to the amount of omega-3 in the capsule. The daily recommended amount is at least 250 mg omega-3, that is EPA and DHA together. The weight of one capsule may be higher than the quantity of EPA and DHA in the capsule. So look carefully at the list of ingredients. Often a high quantity of omega-3 is advertised, for example 300mg per serving, but you then have to take 2 capsules, which makes the supplement considerably more expensive on balance. This applies to fish oil and algae oil. We recommend 1 capsule per day.

The molecular form in which the omega-3s are extracted is also important. EPA and DHA must be extracted from the raw fish oil, as it were. We think it is too detailed for this story to explain that process completely. The result is that they can take two different molecular forms in the process, namely ethyl esters (EEs) and triglycerides (TGs). What you can remember is that omega-3 in triglyceride molecule form is the natural form and is best absorbed by the body. Not all fish oil is available in triglyceride form, Testa Omega-3 is. Without the use of solvents, the oil from algae is extracted into a high-quality DHA and EPA in triglyceride form.

Increasingly, authorities are reporting that contaminants such as microplastics, PCBs, dioxins and heavy metals are found in fish. Fish oil also contains these contaminants and is generally purified. To obtain completely clean fish oil, a CO2 extraction is required. This is an expensive process, however, so there is a chance that cheaper fish oil contains contaminants. Algae oil, such as Testa, on the other hand, is cultivated on land in sterile fermenters (stainless steel vats) under controlled conditions. There is therefore no impact of pollution from the ocean and therefore free of heavy metals (such as mercury), dioxins, microplastics and PCBs. There are also algal oils that are extracted from algae in the ocean. We cannot say what the purity of these is.

The omega-3 fatty acids can easily oxidise. Compare it to rusting; just like with metal, the quality goes down when exposed to oxygen. The more the oil is oxidised, the rancid it tastes. This rancidity causes the notorious ‘fish farmers’. You do not want that. Because fish oil must be purified many times over from heavy metals and other toxins from the ocean, the chances of it coming into contact with oxygen are very high. Media report that fish oil capsules are often not fresh and that suppliers mask the rancidity with flavourings. The extraction of algal oil, on the other hand, is carried out under vacuum conditions to avoid contact with oxygen.

The freshness of fish or algae oil is expressed in terms of the total oxidation level, also known as the TOTOX value. According to European guidelines, this must remain on average below 26 to call the product fresh. Suppliers of the ‘purest’ fish oil say they aim for TOTOX values below 10. Testa’s TOTOX values (peroxide value + anisidine value) are between 1 and 4 (can vary slightly per batch). So look for this on the supplier’s website or ask.

Also pay attention to the addition of antioxidants. Oxidation of the oil does not only happen during processing. The product must also be protected in the capsule. Check the list of ingredients for the addition of antioxidants such as ascorbates (vitamin C), tocopherols (vitamin E), polyphenols (found in fruits and vegetables), herbal extracts (e.g. rosemary) or citric acid. Testa has for instance added vitamin E as an antioxidant to its DHA & EPA capsules. In addition, our capsules are packed in blisters, which guarantees the quality and shelf life of the algae oil. Open packaging, such as a jar or a bag, causes the product to go rancid more quickly. Liquid products are packaged in dark bottles with a dropper to prevent contact with oxygen.

Last, but not least, is the environmental impact of omega-3. This goes beyond animal welfare. Many fish must be caught for fish oil. Figures vary widely, but at least 25% of the 90 billion kilos of fish taken out of the ocean each year are destined for the fish oil industry. At least 20% of the total amount of fish caught is bycatch, such as dolphins and turtles or species that are thrown back into the sea dead and unused. There is overfishing and scientists warn that the seas will be empty by 2050 if we continue at this rate. The ecological value of fish to the earth’s entire ecosystem is crucial. Labels such as MsC promise sustainable fishing methods, but critics say it is very difficult to check whether all fish are caught according to the standards and that fraud can easily occur.

Obtaining fish oil has an even greater impact on the environment. Fishing has as much CO2 emission as the entire aviation sector. This is due to the enormous amount of fuel that this industry uses, plus the CO2 that is released because the nets are dragged along the seabed. The result is that this CO2 is increasingly acidifying our seas and oceans. Worldwide, the Netherlands is among the top 10 countries with the most carbon emissions from bottom trawling. Other European countries in the top 10 of carbon emission polluters are Italy, France, United Kingdom and Norway.

Algae oil, on the other hand, is extracted from algae grown on land in a controlled environment. The energy required for this is negligible. There are also no unnatural substances involved and no additives are added. In addition, algae contain 40% omega-3 versus fatty fish, which contain only 1% omega-3.

Making the right choice is up to you

The production of algae oil is more expensive than obtaining fish oil from fish. This is partly due to the enormous amount of subsidies granted to the fishing industry. This creates unfair competition. If you compare the price of algae oil with “pure” fish oil, then it is comparable or even cheaper.

If you ask us, the choice is easy. As we are Testa, and approve this message… we dare say that the above factors make it clear that algae oil is the best source of omega-3. And that is not surprising, because algae are the source of omega-3. Fish contain omega-3 because they eat algae.