Why vegans, sportsmen, seniors and pregnant women can use extra omega-3?

The omega-3 challenge is in full swing. Hundreds of people have already bought the omega-3 test at a great discount in order to measure the level of omega-3 in their blood. Research shows that the body functions optimally with a percentage of 8 to 12%. On average, the Dutch have an index of 4.5% and that is quite low. A number of groups have an extra need for omega-3 supplementation, namely people with a predominantly plant-based diet, senior citizens, sportsmen and pregnant women. The first three groups are specifically addressed in the campaign. We are even developing a completely new product for pregnant women, which will be launched on the market in the autumn. 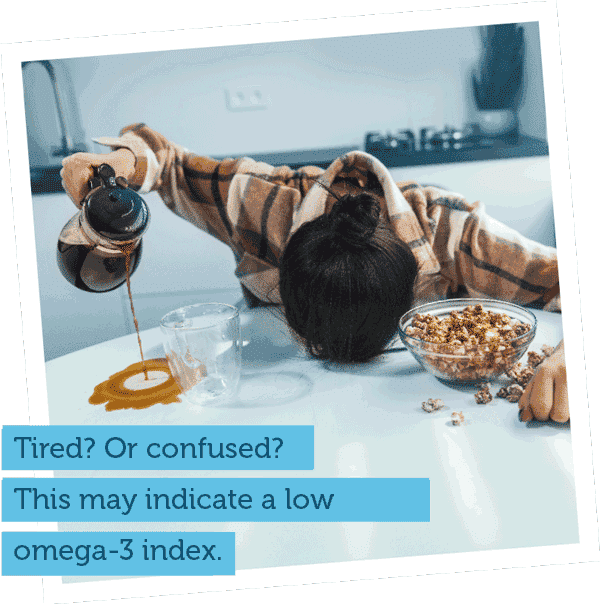 Importance of omega-3 for vegans

Deficiencies are incredibly common among vegans and vegetarians, even when they follow a balanced diet. There are three types of omega-3; ALA (alpha-linolenic acid), EPA (eicosapentaenoic acid) and DHA (docosahexaenoic acid). ALA is particularly well known to people on a vegan or vegetarian diet. It is found in plant sources such as nuts, seeds or leafy vegetables. ALA is converted into EPA and DHA in the body. But research has shown that this conversion is inefficient, so that as a vegan or vegetarian you hardly get any EPA and DHA. It is especially important for this group to take extra DHA and EPA.

Importance of omega-3 for seniors

Healthy ageing is an important issue for most senior citizens. Omega-3, and particularly EPA, has a positive effect on the heart and blood pressure. In a large American study (Framingham Heart Study’s Offspring cohort) among 2500 elderly people with an average age of 66, an omega-3 index higher than 6.8% was found to reduce the risk of all-cause mortality by 34%. The participants were also 39% less likely to have cardiovascular disease, compared to those with an omega 3 index below 4.2%. In addition, DHA supports optimal brain functioning. A number of studies even suggest that omega-3 improves memory.

Importance of omega-3 for athletes

Some studies show that omega-3 fatty acids can reduce muscle pain and have a positive effect on muscle recovery after power and endurance sports. It stimulates the blood flow to the muscles, so that the muscles break down less quickly or become acidic. It also has an anti-inflammatory effect which helps you to recover more quickly. There are also studies that show a greater endurance and improved maximum oxygen uptake. However, these claims have not yet been approved and more research is needed.

Importance of omega-3 for pregnant women

Finally, omega-3 is very important for pregnant women. It has benefits not only for the woman, but also for the baby. In fact, the mother’s intake of DHA promotes brain development in the foetus and in the baby’s first years. All nutrients, including omega-3s, are passed on to the baby during pregnancy through the placenta and later through breast milk. The Health Council therefore advises pregnant women to eat fish twice a week, but recommends caution. Toxic substances from fish are also transferred to the baby. Algae oil is therefore the purest source of omega-3 and very suitable for pregnant women.

And for vegans. And for seniors. And for athletes. In fact, for everyone.

In order to get the omega-3 index of many people into the green, we have launched the Testa Omega-3 Challenge. We challenge everyone to bring their omega-3 index to the optimal level as quickly as possible using vegetable algae oil.

A low omega-3 index? This is how you get to a green index!

You go on holiday and take… omega-3s with you.